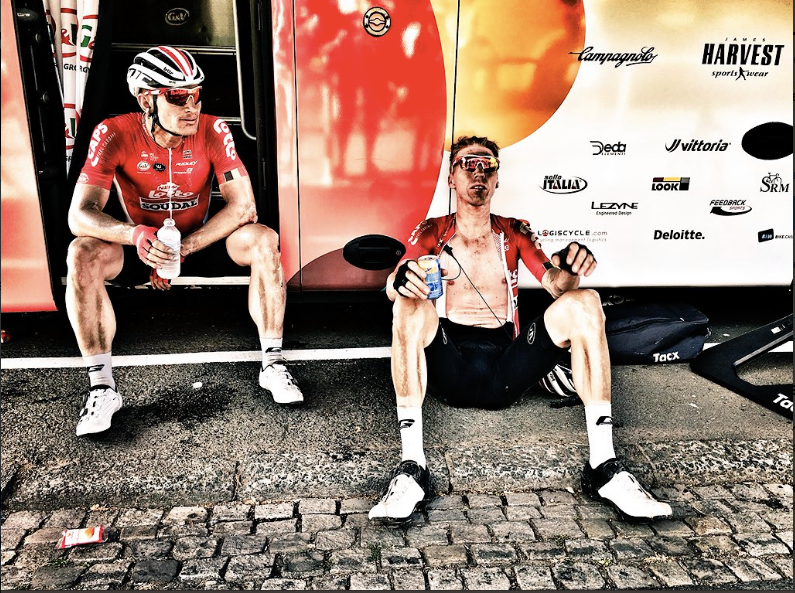 I think that picture with Sibi, sitting at our LOTTO SOUDAL (Lotto Soudal Cycling Team Fanpage) team bus tells you everything about this stage. It was a pity for us that we could not control the race longer. But we were only three in front after the split of the field, and against quick step it was very hard. I think today was harder and faster than Paris-Roubaix . Of course the expected tough race and a spectacle for the many fans on the roads. I fell two times and had to change the weels twice. Until the 6. th or 7. Pavé, I was just riding behind the peloton. It was a damn hard race. I think it’s just part of cycling that you fall down too, but then you need to get up again. Tomorrow’s rest day is very important to regenerate. And comes to the right time. At this point my congratulations to John Degenkolb on his first Le Tour de France stage!! Strong attack & then cool finish.